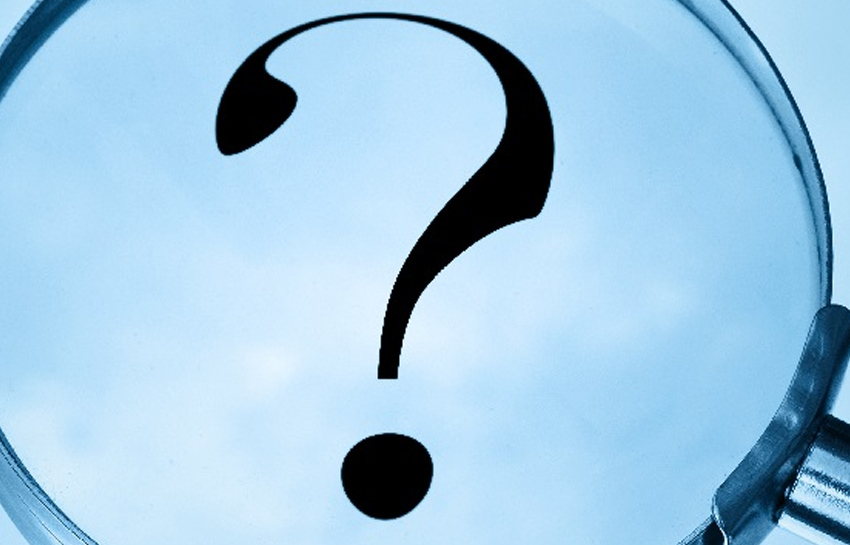 What Happens If There’s an Electoral College Tie?

If no candidate secures 270 votes, who becomes the next U.S. president?

Although it’s improbable, a 269-269 Electoral College split – in which no candidate receives the necessary 270 votes to be elected president – is a distinct possibility.

In the case of the 2020 election, this could be possible if Michigan, Pennsylvania and Nebraska’s 2nd District vote for Joe Biden rather than for Donald Trump as they did in 2016. Those shifts, if all other state outcomes mirror 2016 results, would produce a 269-269 tie.

In the event of a tie or an inability of a single candidate to win a majority of Electoral College votes (consider the impact of third-party candidates), contingent election procedures under the Twelfth Amendment outline how the president and vice president are selected by Congress.

The House of Representatives votes for president

The Senate votes for vice president

The likelihood of an Electoral College tie is remote, but not impossible. And if it were to occur, it could produce unique outcomes – such as a split party president/vice president or an acting President Pence, Pelosi, Chuck Grassley or Patrick Leahy, per presidential order of succession rules.

Investment products are: not deposits, not FDIC/NCUA insured, not insured by any government agency, not bank guaranteed, subject to risk and may lose value. Raymond James financial advisors do not render legal or tax advice. Please consult a qualified professional regarding legal or tax advice.

From the Desk of Jack Kennedy III

Alex joined Kennedy Investment Group in September of 2015. She has over eight years in the financial services industry, as well as thirteen years of hospitality experience to our team. Alex is responsible for facilitating incoming client requests, client preparation and reporting, coordinating events, assisting with marketing initiatives, as well as maintaining various other office responsibilities.

Alex earned a Bachelor of Science in marketing from Rutgers University School of Business, and is currently an active member of Mu Kappa Tau, the National Marketing Honor Society.

Alex resides in Hammonton, NJ with her husband and son, Angelo. In addition to her career, Alex enjoys traveling, personal fitness, and spending quality time with family and friends.

Chrissy joined KIG in September of 2013 and has over nineteen years of experience in the financial services industry, primarily focusing on servicing and processing annuity products. Chrissy’s responsibilities include processing incoming client requests, meeting preparation, client reporting, and assisting with day-to-day tasks within the office.

Maggie joined Kennedy Investment Group in August 2018. She has over five years in the financial services industry, she also brings over sixteen years of in administration and hospitality experience to our team, which strongly resonates with the KIG culture. Maggie provides administrative assistance to the entire team while helping to keep the front desk running smoothly.

Maggie earned a Bachelor of Arts in biology with an emphasis on physiology from Rutgers University.

Maggie resides in Mickleton, NJ with her husband, daughter and two dogs. In addition to her career, she enjoys traveling, crafting, sports and spending time with family and friends. 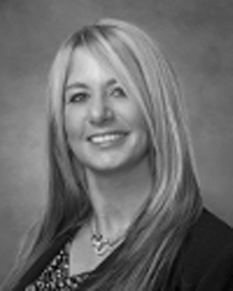 Diane resides in Pitman, NJ, with her husband and son, Aaron. 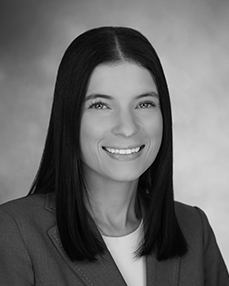 Alexa joined Kennedy Investment Group in December 2021. She previously worked in a variety of financial planning roles at Ameriprise Financial Services. As a Paraplanner, her responsibilities include closely collaborating with the advisors and clients gathering financial data, integrating data into a plan and providing a summary of the plan. She provides a wide range of consultative services including asset allocation, asset rebalancing, insurance planning and management, personal and corporate retirement planning, estate planning and income tax planning.

In addition to her career, she enjoys traveling, staying active/fitness and spending time with family and friends. 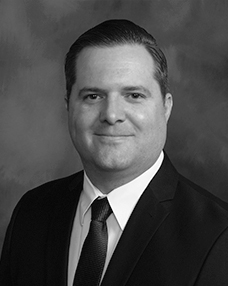 Gene joined KIG in 2020 with over seventeen years of experience in the financial services industry. Gene has an extensive background in client services and is committed to building long-lasting relationships with his clients and serving their financial planning needs with the utmost care.

Gene is married with three children and resides in South Jersey. When he’s not in the office, he enjoys spending time with his family and friends.

Hank has over eighteen years of experience in the financial services industry. Prior to joining KIG, Hank worked with TIAA and Vanguard in multiple advisory roles. As a CERTIFIED FINANCIAL PLANNER™, he has extensive experience building and developing financial plans tailored specifically to his client’s needs. Hank is committed to building trusting and impactful relationships with KIG’s clients by providing thoughtful, sound, financial stewardship.

Hank earned a bachelor’s degree from the University of Pittsburgh where he majored in history and political science. He currently holds a securities license Series 65, as well as Life and Health Insurance licenses. Hank is registered in 9 states.

Hank is married to Andrea, his wife of eleven years. They have three children, Mary, Beau and Caroline. His interests outside of his family and career include snowboarding, baseball and improving his golf game. 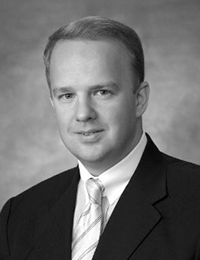 For the past twenty-nine years, Jack has been successfully delivering wealth management plans and solutions to select businesses and families throughout the Northeast. He and his team are fully devoted to working with individuals and business owners to build solid wealth management plans in a culture of dedication and service that exceeds industry standards and expectations.

Jack earned a Bachelor degree from Rutgers University while studying prelaw. Jack currently serves as Chairman of the KIG Charitable Foundation Committee. Jack has also been named to Forbes Magazine’s list of America’s Best-in-State Wealth Advisors* for three consecutive years. A prestigious honor, the list recognizes advisors from national, regional and independent firms from around the country.

Jack is married to Lorrie, his wife of twenty-six years. They have three children: Jack, Reagan and Taylor. His interests outside of family, career, and community include an appreciation for golf, travel, boating, wine making and art.

* The Forbes ranking of Best-In-State Wealth Advisors, developed by SHOOK Research, is based on an algorithm of qualitative criteria, mostly gained through telephone and in-person due diligence interviews, and quantitative data. Those advisors that are considered have a minimum of seven years of experience, and the algorithm weights factors like revenue trends, assets under management, compliance records, industry experience and those that encompass best practices in their practices and approach to working with clients. Portfolio performance is not a criteria due to varying client objectives and lack of audited data. Out of approximately 34,925 nominations, more than 6,550 advisors received the award. This ranking is not indicative of an advisor’s future performance, is not an endorsement, and may not be representative of individual clients’ experience. Neither Raymond James nor any of its Financial Advisors or RIA firms pay a fee in exchange for this award/rating. Raymond James is not affiliated with Forbes or Shook Research, LLC. Please visit https://www.forbes.com/best-in-state-wealth-advisors for more info.

Chrissy joined KIG in September of 2013 and has over eighteen years of experience in the financial services industry, primarily focusing on servicing and processing annuity products. Chrissy’s responsibilities include processing incoming client requests, meeting preparation, client reporting, and assisting with day-to-day tasks within the office. She holds FINRA Series 6 and 63 registrations. 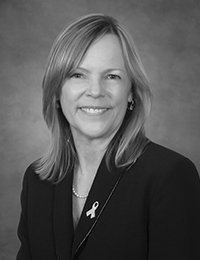 Valerie has been in the financial services industry for over thirty-five years. She joined Jack Kennedy’s team in 1998 and has been an integral part of the KIG team since its inception in 2004. Valerie is the Executive Vice President and Chief Operations Officer of Kennedy Investment Group and holds securities licenses Series 7, 9, 10, 63 and 65.

Valerie works with Jack Kennedy, the President of KIG, and oversees the management of the Concierge Services Division. She is involved in all aspects of the client relationships including, but not limited to, appointment preparation, account reviews, processing trades, transfers, new accounts, and all related client service issues. She oversees all office operations, compliance, and management.

Valerie is responsible for accounting, payroll, the administration of the 401(k), hiring and training all support personnel, facilitation of the addition of satellite offices, and the monitoring of those operations. She also maintains and updates technology, and develops and implements the marketing calendar. Valerie continues to raise the bar and set a new standard for customer service. She takes full ownership of our client’s needs and concerns and is committed to delivering solutions.

Valerie earned a Bachelor of Science degree from Rutgers University. Prior to joining our team, Valerie was the Vice President of Summit Bank and served as the Regional Market Manager.

In addition to her career, Valerie enjoys living an active lifestyle and practices both Pilates and yoga. She is an avid reader, and enjoys art and travel.

Denise has been an important part of the KIG team for the past fifteen years. As a part-time branch assistant, she is responsible for providing administrative assistance to the entire team. Denise uses her organizational skills to assist with scheduling, client requests, and keeping the office orderly and running smoothly.

Prior to joining KIG, Andrew was employed with Merrill Lynch. He has over twelve years of experience in the financial services industry. As a CERTIFIED FINANCIAL PLANNER™ professional, he works extensively with clients to fully understand their goals and priorities and then deliver personalized financial solutions tailored specifically to their needs. Andrew is committed to building meaningful and trusting relationships with each client by providing ongoing, sound financial stewardship, so that his clients and their families can feel secure during every stage of their life.

Andrew earned a Bachelor of Science in business administration with a major in finance and a minor in accounting from the University of Dayton. He currently holds securities licenses Series 7 and 66, as well as Life and Health Insurance licenses. Andrew is registered in 23 states.

Andrew is married and resides with Meredith in South Jersey. His hobbies include fitness, riding his road bike, traveling, and spending time with family and friends.

Brian has five years of experience in the financial services industry. Brian, a lifelong resident of Cedar Brook, Winslow Township, has always been involved in public service. As a former Winslow Township Police Officer and Financial Advisor, he is committed to assisting his clients to develop and obtain their financial goals.

Brian is a Board Member and President Elect of the Berlin Rotary Club and also serves as Secretary for the Board of Directors of the Atco Lions Football and Cheerleading.

Brian has been married to his wife, Maureen, for nine years and they have two daughters, Rylee and Reese.